Fibromyalgia is a syndrome that causes chronic, muscle pain and fatigue.  People who have this diagnosis often experience chronic diffuse pain throughout the body. Fibromyalgia is also associated with sleep disturbance, inflammation in the body, depression and overall feelings of helplessness.  Often patient’s report a lack of concentration as well forgetfulness, which is termed “brain fog”.  The diagnosis is made after all test have come up negative for any other cause.  All too often this lack of test results to back up a diagnoses, has contributed to  the sense by some that the disease  is “all in your head.” Nothing can be further from the truth.

What is fascia an how does It play a role in helping ease the symptoms of this syndrome?

As a myofascial therapist I have long understood that results from imaging does not correlate to pain and symptoms. Restrictions in the facial system cannot be seen on X-Ray , MRI or  other imaging. But these unseen restrictions, which can be felt by the therapist and the patient, have been measured to exert 2000 psi of pressure on sensitive structures in the body.

Think of the fascia as a continuous web of connective tissue. Spider web in shape and design. It surrounds all parts of the body, including nerves and muscles down to the tiniest cells. The fascia system has a constant flow of information from all the other systems in the body running through it much like a fiber optic network.  Nerves which as super sensitive to pressure are embedded in the fascia.   When the facial system starts to tightens it squeezes on the nerves and results in areas of pain and restriction. It is in these areas of restriction that information can no longer move freely. Now, not only is there pain, but the other systems in the body become involved. For example, the lymph system gets clogged and the inflammatory process in the body is exaggerated. Think of a garden hose with a kink in it. Without the ability for freedom of movement, pressure builds up and pain and inflammation are the end result.

How Do I get Fascial Restrictions?

Many things can cause fascial restriction but most commonly it is due to a trauma and or stress both physical and emotional.  Often times the trauma and stress lives just below the level of consciousness so there is not an awareness that something is disrupting the balance of the body. There is a constant buildup of pressure in the system, interfering with its ability to function. Restrictions can be due to injury, surgery, repetitive movement, postural pulls on the body, accidents, emotional trauma and stress.

Research has shown that the nervous system has become sensitized when you have fibromyalgia and the result is an overactive pain response.  The body is stuck in a cycle of pain, restriction more pain more restriction. Soon basic movement hurts and the person begins to avoid movement. Avoidance of movement causes more restriction.

Common treatment for fibromyalgia is mediation. This has limited success because it is not addressing the cause of the restriction which lies in the facial system.  The result of the connective tissue contracting and producing restriction throughout the body.

For successful relief of pain, the facial system must be addressed and the restrictions opened. Once the system is released gentle mindful movement with breathing and self-releases for hom,help to keep your body open, free of restriction and moving more easily.

Not all myofascial release is the same. Find a therapist trained in the John Barnes Method and start regaining control of your life and living more joyfully.

Barbara Franzino is a licensed physical therapist who specializes in the John Barnes myofascial release method. Her unique approach to treatment is deeply rooted in the belief that unlocking the fascial system results in a powerful release of physical and emotional pain and restrictions. She has over 20 years experience treating a variety of conditions.

In my never ending endeavor to understand the wisdom of the human body, movement and health I have developed a method of treatment that assists the body’s natural healing process. I have studied for over 20 years under many great teachers and my treatment method combines manual therapy, myofascial release and mindful movement to rid the body of pain and restore motion. 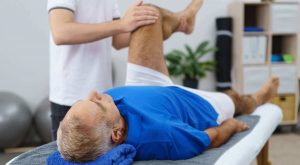 Treat Tight Hamstrings to Protect Your Back, Knees 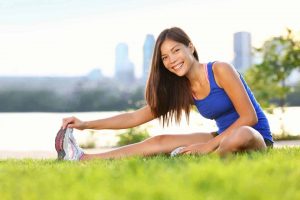 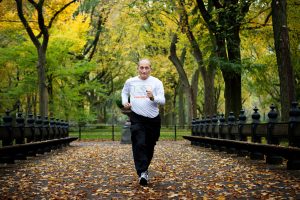 Keys to Avoiding an Exercise Hibernation This Winter

Treat Tight Hamstrings to Protect Your Back, Knees

Keys to Avoiding an Exercise Hibernation This Winter